We must care for all creation 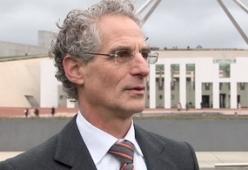 Religious leaders of all faiths are signing on to an open letter backing action on climate change. Rabbi Jeffrey Kamins explains why the Torah enjoins Jews to care for the environment.

I advocate for climate action to fulfil my responsibilities as a human being, as a rabbi and a Jew as described in the Torah (the first five books of the Bible). Last week, I made my support for action public by signing on to an open letter on climate policy, organised by Australian Religious Response to Climate Change (ARRCC). Surprisingly to some, it has also been signed by prominent faith leaders from the other great religions in this country: Christian, Hindu, Buddhist and Muslim.

Coming as we do from such different traditions, it is uncommon for us to come so strongly together on a matter of public policy. Yet we speak with a common voice and we speak with a very real sense of urgency. We accept the consensus of an overwhelming number of scientists who are warning of a potential 4 degrees of global warming. We cannot sit in silence and watch the greatest moral issue of our time reduced to a political football. The wellbeing of future generations deserves principled action, not a popularity contest.

That is why we are joining calls to wind back coal exports, which are currently hindering the global drive for clean, renewable energy. We advocate for the accelerated take-up of renewables and for bipartisan support for carbon pricing. With one voice we declare these matters to be “one of the most urgent moral issues facing us in the upcoming election”.

We are reminded by our traditions that we reside on the earth not as its owners, but merely as custodians - we are not permitted to do with it as we wish. Jewish tradition teaches us that human domain over nature does not include a license to abuse the environment. The Talmudic concept bal tashchit, “do not destroy,” was developed by the rabbis into a universal doctrine that dramatically asserted our obligations for conservation.

We are guardians of the earth, God's gift to us. In Genesis 2:15 humans are commanded to “work" and to “keep" the earth (l'ovdah ul'shomrah). The Hebrew la’avod really means “to serve" and also has the implication of “to pray". Caring for the planet, therefore, is an act of worship and our task is to watch over the world for the current and future generations.

Judaism's belief in one God, the Creator of the universe, demands a sense of unity of all existence. We are intimately connected to all other living beings and we have the power to destroy or maintain this beautiful planet we call home — a responsibility we must use wisely. We are alive to the understanding that what happens in the natural sphere is not just a matter of chance.

Jewish tradition highlights many values that emphasise the need for energy policies that are environmentally responsible and that pay due attention to the health and welfare of both present and future generations. Addressing climate change requires us to learn how to live within the environmental limits of the earth so that we will not compromise the ecological integrity of our planet or the long-term economic security of its inhabitants.

Our behaviour today will help or harm those who will inherit this world from us. Whatever arguments are put forward by some sectors of society, the fundamental truth is that profiting from the export of coal is no longer acceptable for the overall wellbeing of society. Any weakening of the Clean Energy Future legislation will likewise do harm. What is at stake here is no less than a safe and sustainable world for our children, and their children.

Accordingly, I am compelled to support ARRCC and its open letter.