To read the most recent issue of the UPJ's e-newsletter, the Weekly News & Drash, click on the upper right corner of the UPJ website ("What's On") or CLICK HERE. 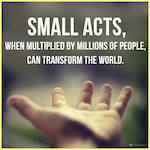 The UPJ community is invited to attend celebrations throughout Australia organised by the Australian Religious Response to Climate Change (ARRCC) during the week of 7-14 October. Attendees will share what inspires them from various faith traditions and religious leaders will speak about their efforts to reduce their own carbon footprint and will offer a vegan meal and some will feature musical performances. Click here for details. 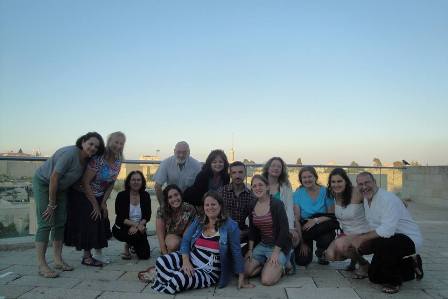 A group of exceptional Jewish educators from South Africa, Brazil, the Czech Republic, Argentina, Israel, Australia, Panama, France and the United States traveled throughout Israel grappling with critical issues facing Israel and the Jewish People with the Bergman Seminar for Jewish Educators.

Earlier this week the American Supreme Court made a decision to get rid of the Defense of Marriage Act.  The Union for Progressive Judaism made the following statement in support of the decision.

On Wednesday 26 June the UPJ was advised by the CEO of Tzedek (the Australian advocacy group for Jewish victims/survivors of child sexual abuse), Mr. Manny Waks, that allegations of child sexual abuse by persons employed in a Progressive congregation had been brought to his attention. He told us that the allegations would be posted on Tzedek's Facebook page on June 27 and he invited us to make a statement, which would also be included on the Facebook page.  This is the Statement provided by the UPJ.

At its Yom Ha'atzmaut celebration, Kadimah Jewish Congregation (NSW Central Coast) hosted more than 60 attendees, including representatives from Newcastle Hebrew Congregation, and two gentile guest speakers who spoke of their visits to Israel.  An Israeli  menorah was presented to the congregation by John Woodham  (pictured with Kadima chairman Bobbie Martin) on behalf of the Olive Tree Fellowship group.